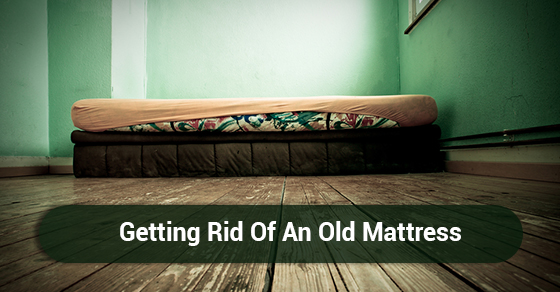 Mattresses are rather difficult to move around. They’re large and bulky, and they can’t just be put out on the curb. Despite these issues, getting rid of them is not that difficult if you know how. There are several mattress disposal options you may want to consider when your mattress has seen better nights. A mattress shouldn’t be judged by its age alone, but if a mattress is older than 10 years, it is probably time to get rid of it. Other signs that your mattress may be ready for replacement include stains and tears, as well as things like frayed edges and compression indents.

If your mattress still has some life, you might want to consider donating it to charity. Perhaps there is a women’s shelter that could use it or a single mom in need. You could also donate it to the Salvation Army or to Goodwill, or any other charitable organization.

If you’re not near a recycling centre and your mattress is not fit to be donated, you may just have to throw it out. In many cases, your municipality may not pick it up curbside. Call your local landfill site to see if they offer mattress disposal as part of their services, or contact a waste disposal company.

If you’ve got some time and you’re really ambitious, you could break it apart yourself. It will be easier to get rid of, but you may still might have to pay a fee for pick up. Check with your municipal office. 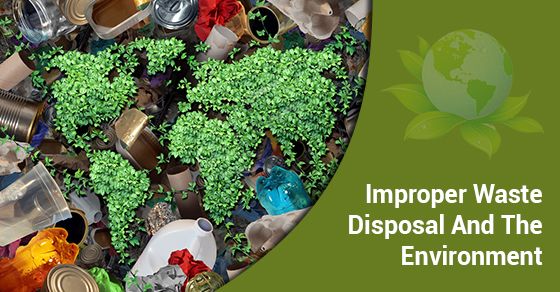 The earth’s ecosystem is very delicate. Every living thing on the planet needs fresh air and clean water, and it is incumbent upon humans to make sure the environment stays healthy and sustainable. Humans create a lot of waste, much of which is toxic to many forms of life. There is a right way and a wrong way to dispose of that waste.

Hazardous household waste (HHW) can create terrible environmental problems if disposed of the wrong way. It can pollute the environment by putting toxins into the soil, water, and air, toxins that can cause sickness in humans and animals.

Dumping in the Oceans

Humans have been dumping garbage into the oceans and seas for thousands of years, but with the global population explosion that has followed the industrial revolution, the impact of this waste has grown exponentially. Chemicals, industrial waste, and other pollutants damage the tender underwater ecosystem, making sea life sick and causing the death of important reef ecosystems, as well as increasing the toxicity of fish consumed by humans. Many countries have enacted laws to thwart this kind of pollution, but until all countries protect the oceans and seas, marine life will continue to suffer.

Water sources that are polluted often become acidic, caused chiefly by carbon dioxide from both the atmosphere and from dumped waste. Marine life is extremely sensitive to pH levels, so waste has far reaching repercussions, including direct economic impacts, such as those felt by the fishing industry.

With a worldwide biodiversity imbalance, the earth is seeing the decimation of plant species, marine life and animals. Pollution, improper dumping of waste, climate change, and deforestation are killing the environment and many species.

What Each Person Can Do

There are things you can do in your own backyard to help the environment. Properly getting rid of your garbage is crucial. Recycle whenever you can and as much as you can. Composting organic waste and getting rid of dangerous products properly is also essential, and every little bit helps the bigger picture. If everyone did his or her part, it would make an enormous impact on the well-being of the environment and on the lives of future generations.

Proud To Be Affiliated With: